If you have had your car for several months or more, you are supposed to know what it sounds like when it is at optimum. Thus, the moment you notice suspicious noises that you have never heard before, it is inadvisable to ignore them under the guise that the sounds will go away on their own. Although a noisy vehicle could be indicative of a myriad of things, there are some distinct sounds that potentially pint to a problem with your automatic transmission. Hence, underrating their seriousness could lead to severe damage to your transmission system, and you subsequently end up paying for expensive repairs while being inconvenienced by not having your vehicle. To avoid this misfortune, here are three dubious sounds that should prompt you to seek automatic transmission services.

The components in your automatic transmission system need fluid for them to function optimally without any friction. Nonetheless, a good number of motorists tend to forget to replenish this fluid simply because the last time they did it slips their mind. As a result, you may start to hear gurgling sounds when you are shifting gears. The gurgling comes about due to accumulated air within the transmission line. You will notice that you are having a hard time shifting gears after a while. The longer this goes unchecked, the higher the risk of automatic transmission damage due to overheating.

High-pitched whining from your car is a definitive symptom of an underlying issue with your automatic transmission system. However, the root of whining could be caused by several things. For instance, the whining could progress steadily over time, typically due to infrequent automatic transmission servicing. Therefore, taking your car to your mechanic could eliminate the noise.

The second reason why you could notice whining noises from your vehicle is when the transmission line has developed blockages. It should be noted that clogs in the transmission line tend to occur due to a underlying issue with the transmission system, so it is imperative to have the various components inspected professionally to determine the reason for the blockages. Lastly, whining could come about due to complications arising in the torque converter. Whatever the reason behind the strange whining, it is critical to see a mechanic.

Any grinding that you hear stemming from the automatic transmission system is indicative of a mechanical problem. Overall, it could mean that there is an undiagnosed problem affecting the gear system, which in turn impedes the functioning of your transmission. Grinding needs immediate professional attention, as it leads to extensive physical damage to the affected auto parts. 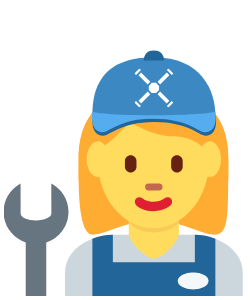 Cars are wonderful things. Unfortunately, they also have lots of technology and moving parts which can go wrong if they are not properly cared for. We hope that this blog will give you all of the info you need to service your car. We will be looking at subjects such as how to change the oil in an engine, how to replace a worn brake pad, and how to check the electrical systems on your vehicle. Everything you read on this page has been written by keen amateurs who have a really big passion for servicing their autos. We hope you love what you find here.